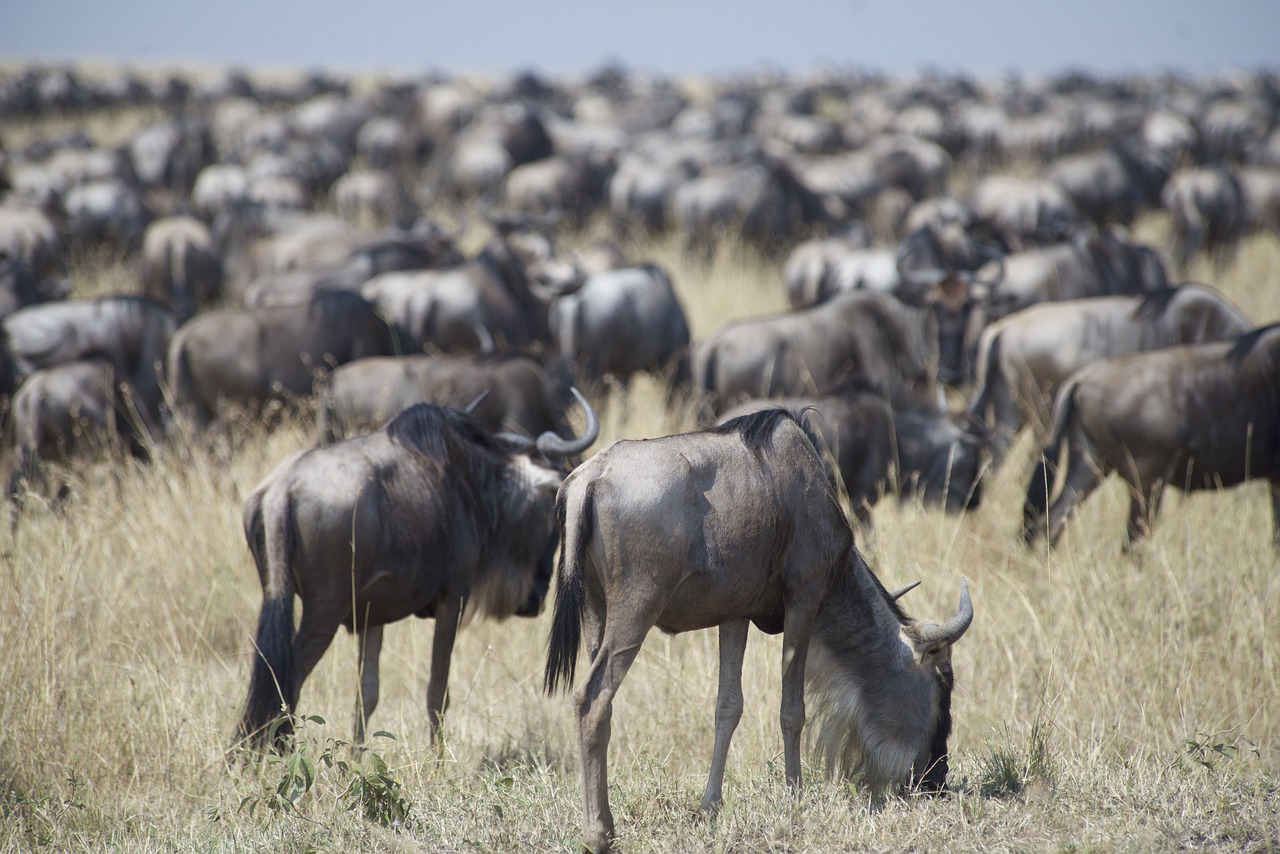 It's the greatest wildlife spectacle on earth, the wildebeest great migration through the Serengeti! 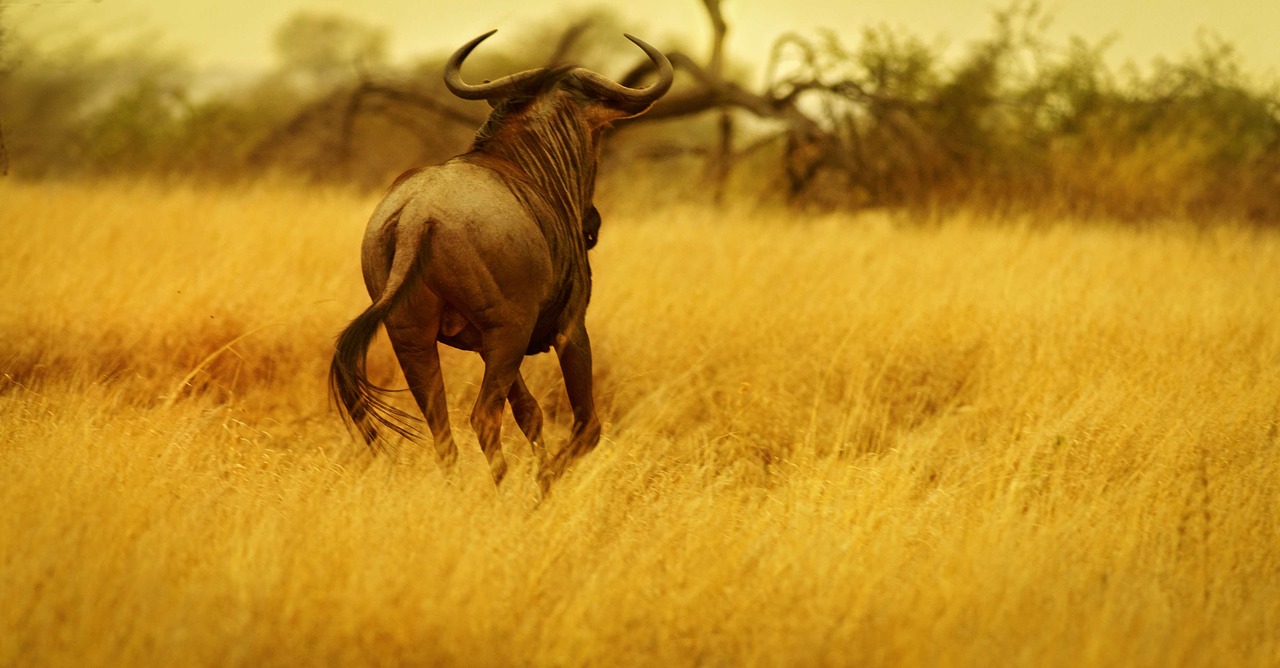 This part of the world is one of the oldest intact ecosystems on earth covering an area nearly the size of Belgium and spans two countries Tanzania in the south and Kenya in the north. This ecosystem has evolved over millions of years, every living thing here from the tiniest insect to the largest creature plays a very specific part in keeping it balanced. The most important driver of this system is the wildebeest migration and the mechanism that triggers them to move is the weather; sometime around october thunder clouds build on the horizon and the rains begin to move south signaling the start of one of the greatest mass movements of animals on the planet!!

It begins with the actions of a single animal then driven by an ancient instinct the rest of the herd follows, it's a dangerous journey where predators wait along the route and prey on the passing herds and then there's the treacherous crossing of the Mara river where wildebeest will die in the thousands. 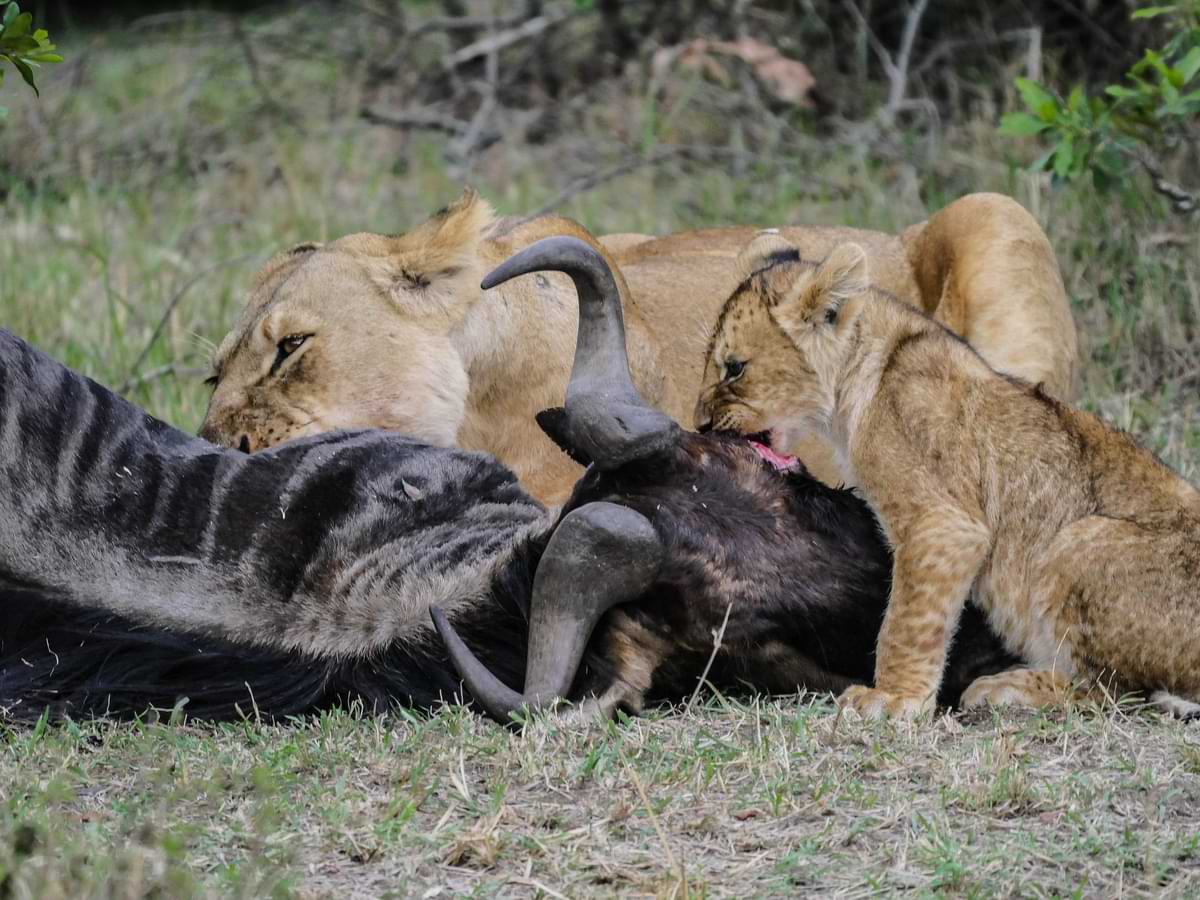 After the wildebeests have completed the first track of their year-long journey, they arrive on the short grass plains where the females have begun to give birth in what is the largest mass birth of mammals on the planet, a new generation starting all over in a few months time. These babies would even be strong enough to start up the migration up north and by july august even cross Mara river, it's incredible to think that that little things just born there so helpless in six months time will be crossing a huge river full of crocodiles that's like 12 - 13 feets long.

200 000 calves will be born over the coming weeks, it's an extremely smart adaptive strategy. On these open plains the newborns are easy prey to the predators that follow the migration so by flooding the market with so many newborns at once tilts the odds in the wildebeest's favor some will be taken but many more will survive, there are huge challenges ahead for the newborn wildebeests in two months time and the cavs will be ready to join their mothers on the return trip up north, but this first 24 hours is crucial for its survival.

Soon the rains will start moving north signaling the herds that it's time to get going again. The wildebeest migration is not just a defining piece of life on the Serengeti, it is also a key driver of the ecosystem where over the course of the year the millions of wildebeests drastically affect the landscape, the animals graze on the grasses like a giant team of lawnmowers allowing new shoots to grow and keeping the planes healthy. With millions of animals there's a lot of waste and some of that dung fertilizes the grass which in turn helps it to grow for the next time the animals pass but there is so much done that nature has developed other solutions to make sure the planes are not overwhelmed.

On the Serengeti an army of its smallest residents go to work!!. You just came upon this great dung beetle making a dung ball out of some zebra droppings.  With this soil insect life is crucial to the ecosystem and through the Serengeti's epic nature even the small creatures do things in big ways scattered throughout Africa.

Impressive structures built of mud and clay, these are termite mounds! They're architects and although tiny they have a huge role to play with 2.5 million mammals in the migration, one would think that nothing can really out-compete them when it comes to the amount of grass that's consumed but the true champions are in fact these little guys within a termite mound. In these mounds you can find  hives of african honey bees living inside and also little predators, this is just such a fantastic entire ecosystem!!.

It's July in the Serengeti and the wildebeests have begun their migration back up north towards Kenya; the newborns are getting stronger each day and they'll need that strength because in a few weeks time they will face their biggest challenge of their lives: the crossing of the treacherous Mara river! 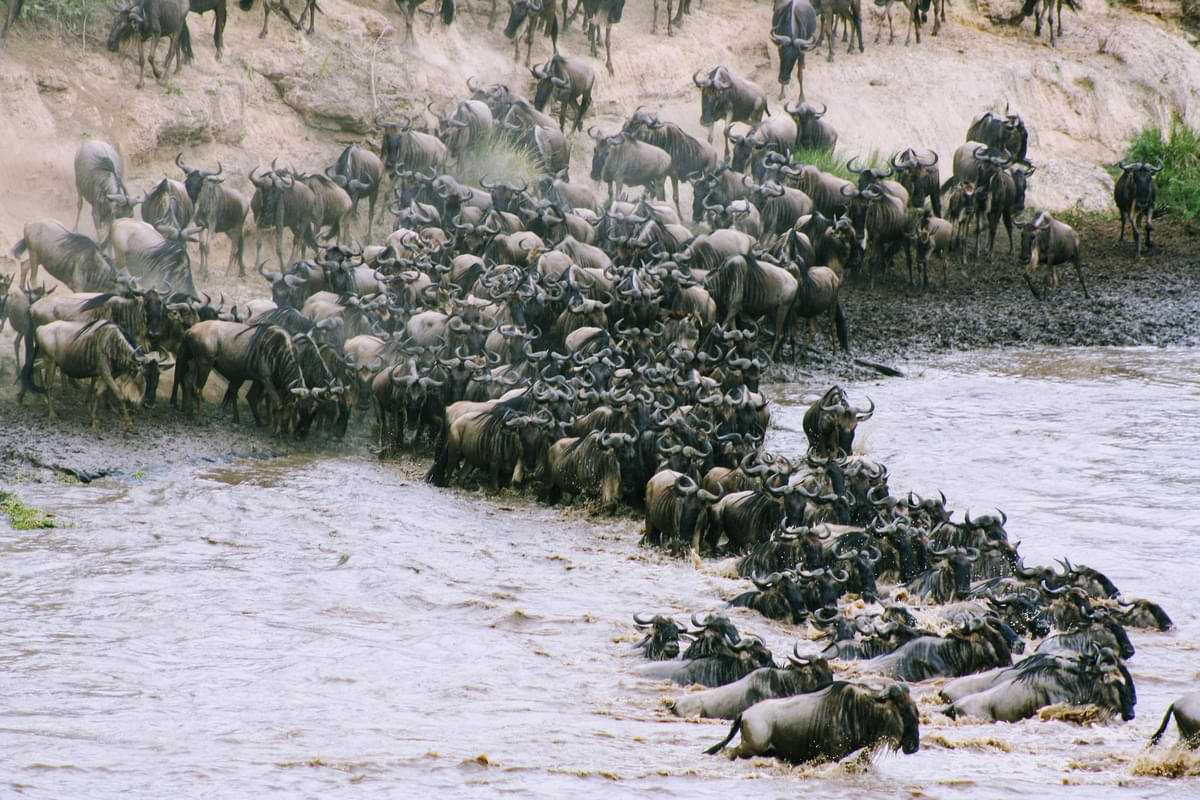 Than in August the wildebeest herds will be back at the Mara river, almost after a year. This river is the lifeblood of the northern Serengeti ecosystem; it spans two countries beginning in the highlands of southern Kenya snaking its way across the tanzanian border and emptying into lake Victoria its constant flows divides the park into two. The wildebeest are headed to open grasslands on the opposite side of the river where they'll spend the next three months. They live out their entire life cycle as a tribe of nomads on the Serengeti plains constantly on the move stopping only briefly before they follow the reins again in search of the next green pasture; they have evolved as great sustainers of the plains, caretakers of the land and also food for the predators. Along the way it's a naturally evolved perfectly balanced ecosystem, with every blade of grass every creature on land and bird in the sky playing its part in this continuous cycle of life on the Serengeti plains.

Wildebeest and zebra are one of the last remaining mega migrations of the planet and what makes this so successful is the fact that the Serengeti has been kept intact for so many years. These animals crossed over into Kenya and this is the completion of that circle where they would eventually in a couple of months start to be pulled down back into central Serengeti because of thunder showers that start up that way.